Occupied by the British, ownership of the land was generally granted to ex-convicts and immigrants after the 1820s, most of the occupants by that time holding leases.

As time went by the town grew into a city, and The Rocks, situated on the water’s edge, gained an unsavoury reputation, shared with many portside precincts around the world. Its 27 hectares of residential and commercial properties were resumed by the New South Wales Government after 1901, with grand plans to redevelop.

The plans were largely interrupted by the international wars and depression of the 20th century, when The Rocks was owned and managed by the Sydney Harbour Trust and later the Maritime Services Board. Miraculously evidence of the 19th century town survived into the 1960s when plans were yet again laid on the table to redevelop The Rocks as a fitting entry to the port of Sydney. In 1968 the Sydney Cove Redevelopment Authority Act was passed, and the Sydney Cove Redevelopment Authority appointed to oversee the works, which even then included the restoration and adaptation of some historic buildings, but predominantly the construction of high-rise and the eviction of long-term residents, some of whom had lived in the area for generations. Public protests and the imposition of Union opposition to new construction, known as the Green Bans, in the early 1970s, saw the residents win the right to remain in The Rocks, and development limited to low-rise buildings more sympathetic to the growing number of historic buildings that the Authority sought to preserve.

The Rocks Discovery Museum has its roots back in the 1970s when the Sydney Cove Redevelopment Authority opened its Visitor Centre in the former Coroner’s Court at 102-104 George Street. The Visitor Centre provided historical information about The Rocks and walking tour guides. Temporary exhibitions became a feature in the early 1990s, often focussing on the archaeological excavations that were uncovering new evidence on the lives of people who had lived in the precinct. This became a more permanent feature of a new Visitor Centre opened in 1994 in the former Sailors’ Home, situated next door at 106 George Street. There, two gallery levels were dedicated to telling The Rocks’ story.

In 2005 the history and archaeology exhibitions moved to a new home in Kendall Lane, renamed The Rocks Discovery Museum and situated in three historic buildings built between 1844 and 1854, namely Samson’s Cottage, Raphael’s Store and Mackellar’s Store. Located over three floors the Museum hosts four permanent exhibition sand a temporary exhibition space on the upper level; 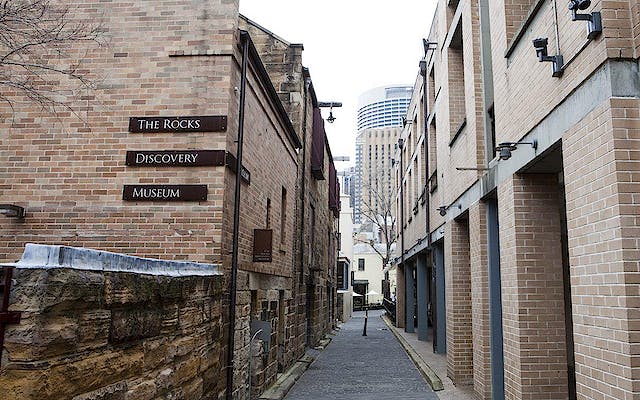 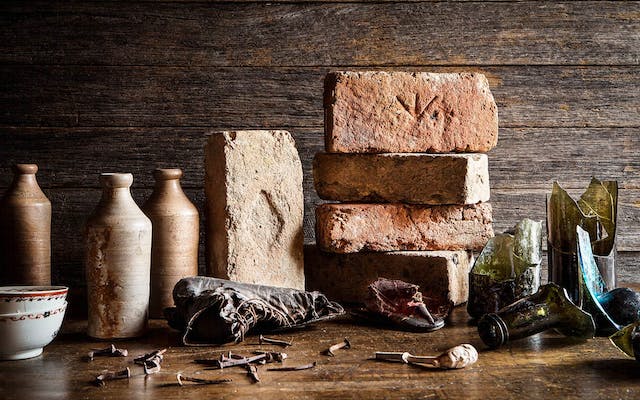 Artefacts on display in the museum 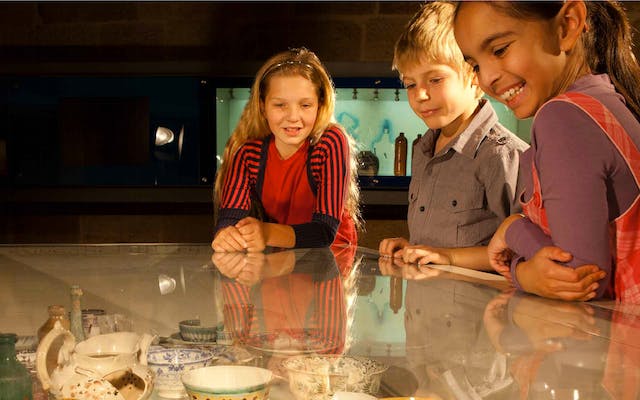 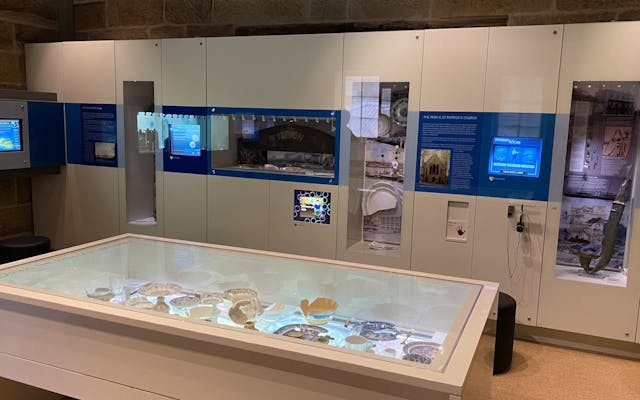 The Aboriginal peoples of Sydney Harbour, before and after the coming of the Europeans in 1788. This exhibition provides some idea of the natural setting of Sydney Harbour; its formation, geology and natural resources, and the many clans who inhabited the fringes of the harbour and who utilised the harbour in their everyday lives. The name “Warrane” is the Gadigal word for what the Europeans were to call “Sydney Cove”.

Getting started- the initial attempts to create a British colony in Sydney (1788-1820). Interactions between people such as Lieutenant William Dawes and the local Aboriginal woman Patyegarang demonstrate the efforts between the two groups of peoples to learn each other’s ways and language.The colony struggled. Attempts were made to tame the rock of The Rocks, and it would be 22 years before streets were effectively laid throughout the growing town. A video presentation outlines the competing efforts of European nations to colonise the world from 1400-c1900, putting their global aspirations for the Australasian continent in a world perspective, where the interests of local inhabitants were barely considered.

Sydney and The Rocks as a port city (1800-1900); the merchants, wharves and warehouses, the arrivals of immigrants, the industry that made Sydney, and the lives of those who lived and worked here.From The Rocks exploratory expeditions charted the coast of Australia and inland. Local Aboriginal people such as Bungaree and Nanbaree were invaluable guides to explorers such as Bass and Flinders in their attempts to understand the continent of Australia. At the same time many Aboriginal peoples were pushed to the periphery, as white society dominated their land through the 19th century.

The New South Wales Government takes charge (1900-): Technological advances created closer connections between people around the world. Steamships cut the travel time between Britain and Australia to just 6 weeks. By the 1880s the telegraph connected Sydney with London and the rest of the world so that messages could be almost instantly transmitted. Sydney had entered the 20th century, and the NSW Government had big plans for the redevelopment of The Rocks.